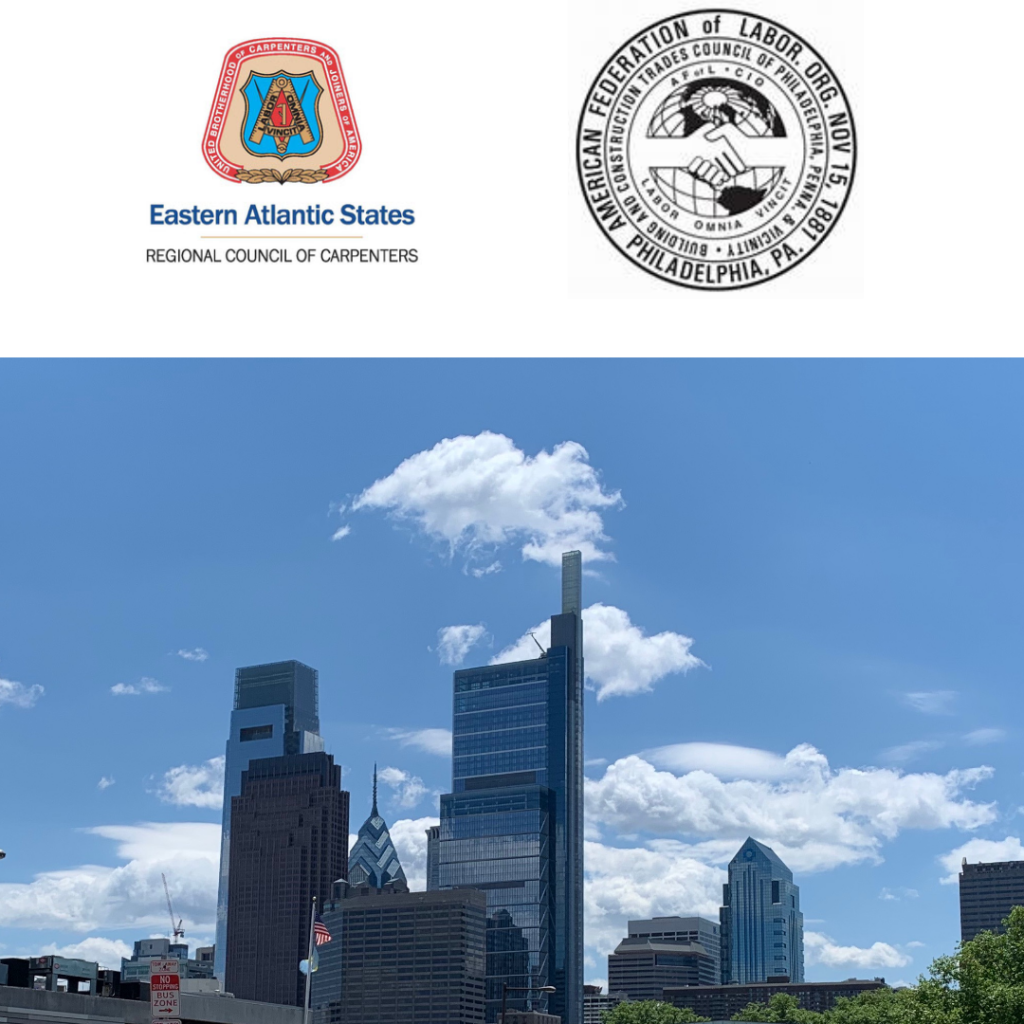 “Our labor unions are like a family – we may disagree on specific issues from time to time, but we are all unified in the common cause of supporting and representing our members. I can think of no greater honor than to welcome a member of the family home, and I am so happy to welcome the Carpenters Union back to the Philadelphia Building and Construction Trades Council.

“With the recent passage of the Biden infrastructure package, we are about to enter a period of unprecedented growth and investment. The Building Trades will play a pivotal role in this renaissance, and it is only fitting that the Carpenters Union be a part of that effort. Together, there is nothing that labor can’t accomplish.”

“The Carpenters Union is enthusiastic to be associated with the Philadelphia Building Trades after more than eight years apart,” William C. Sproule Executive Secretary-Treasurer of the Eastern Atlantic States Regional Council of Carpenters, “Together, the union construction trades can better serve, advocate for, and protect the hard-working union families of Philadelphia. The Carpenters Union’s members and resources will provide even more strength to an already strong organization and we are excited for the victories we will achieve in the future.”

The Philadelphia Building & Construction Trades Council is an umbrella organization for more than 50-member local unions that work in the construction industry in the Greater Philadelphia region. We provide essential coordination and support to the work of our affiliated local unions in order that, through inter-trade solidarity, organized construction workers achieve a powerful voice in government, in bargaining, and in their communities.  We work to secure the trade jurisdiction and autonomy of our affiliates as the respected arbiter of trade issues and through that work we contribute to the continuity of employment and economic security of organized construction workers.

The Eastern Atlantic States Regional Council of Carpenters represents over 41,000 of the most skilled carpenters who live and work in Delaware, The District of Columbia, Maryland, New Jersey, Pennsylvania, Virginia, and West Virginia. EAS Carpenters are trained in many different trades, including:  commercial/residential carpentry; heavy highway; piledriving; floor-layering; mill cabinet work; and tradeshow construction