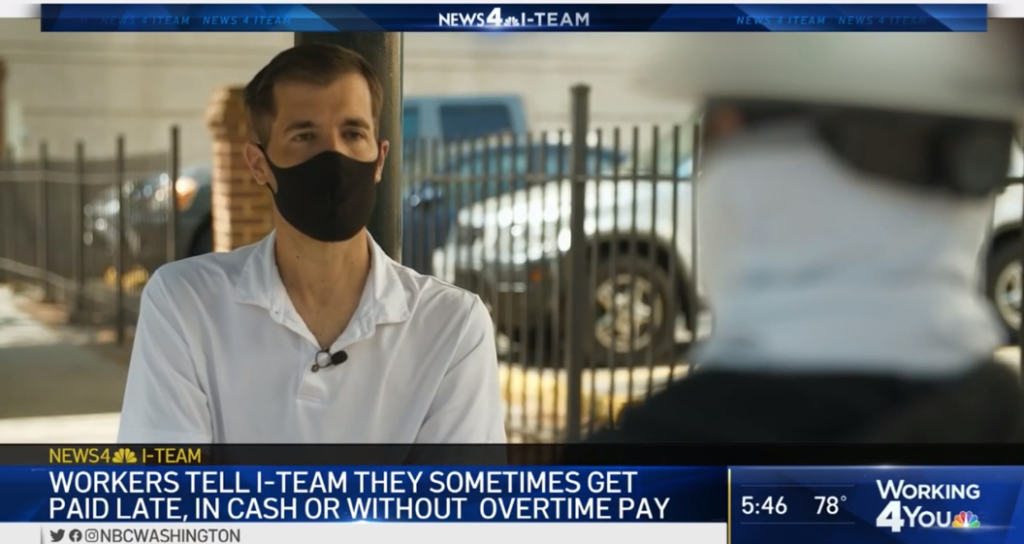 The NBC Washington I Team has released a two-part investigative report on wage theft cases in the District of Columbia and Richmond Virginia. A barrage of wage theft claims have been sent to DC Attorney General Karl Racine’s Office in recent years.

Senior Council Representative Raul Castro provided information about wage theft in the DC area in part two of the investigation.

“Wage theft and the underground economy are a very large issue in the construction industry, as well as other industries like restaurants, hotel workers … Workers get paid under the table and don’t get paid overtime,” Senior Council Representative Raul Castro.

Watch the videos below that aired live on NBC Washington.