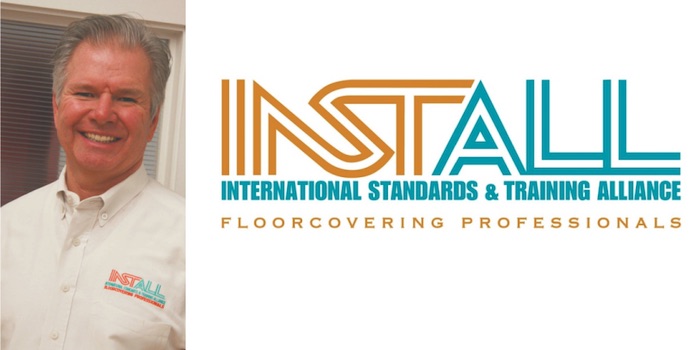 McGrath played a significant role in revolutionizing floorcovering installation training and standards for over two decades.

“John has helped create market share and provide a voice in the floor covering industry that has become respected,” said Executive Secretary-Treasurer William C. Sproule. “Our union as a whole has been grateful to the service John has provided through his representation of INSTALL.”

Gross has been a union carpenter for almost 23 years. Most recently, Gross has worked as an instructor of the Northeast Carpenters Apprenticeship Training Fund at the Thomas C. Ober Hammonton, New Jersey Training Center. In addition to his work at the training center, Gross serves as Vice President of Local Union 251.

“Like John, David is a proud and committed member of the Carpenters Union who has always looked for ways to better his skill sets, and serve his union brother and sisters,” said Sproule, “I know David will do a tremendous job as the new Executive Director of INSTALL and continue to elevate the craft and grow our influence in the construction industry.”

A total of 140 top flooring manufacturers across North America serve as INSTALL Alliance Partners, and the organization has roughly 10,000 installers currently involved in its apprenticeship and certification programs.

McGrath first joined INSTALL as a committee member in 1997, while serving as a business manager for Local Union 1823, what is now EAS Carpenters Local Union 251.

McGrath sees INSTALL becoming peerless as the organization moves forward under its new executive director. Gross has made training a major focus as he continued his career with the Carpenters Union. His certifications include a level III Instructor Certification from the United Brotherhood of Carpenters and Joiners of America International Training Center, an MBA from Pittsburg State University, and a bachelor’s degree in economics from East Stroudsburg University.

“We have confidence that David will create a seamless transition as new executive director and continue to grow INSTALL just as John did for so many years,” said Sproule.