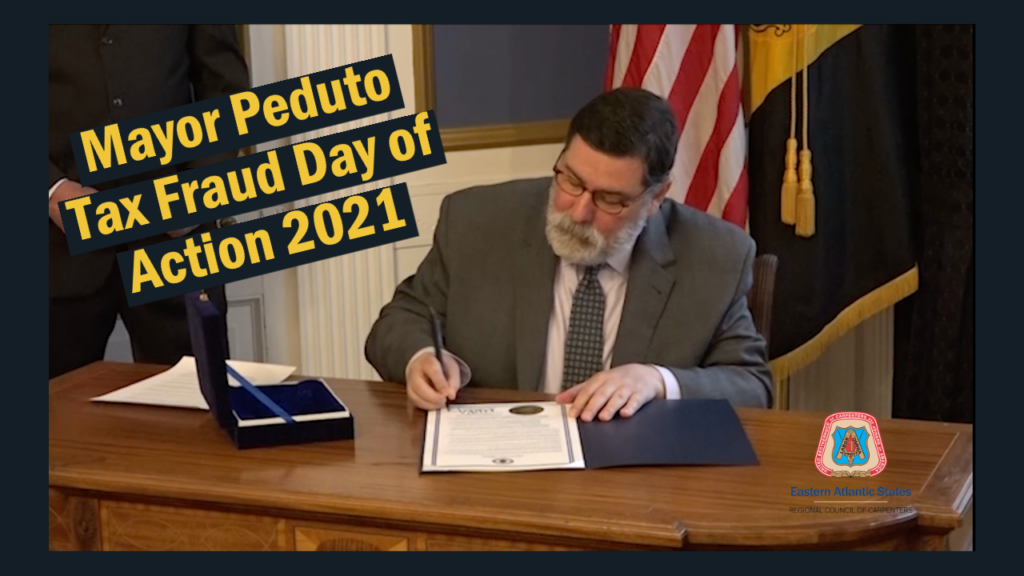 Pittsburgh Mayor Bill Peduto, joined by representatives of the Eastern Atlantic States Regional Council of Carpenters, took action by signing an executive order on April 15, 2021. The executive order took into account suggestions from the Pittsburgh Joint Tax Task Force on Construction Industry Fraud to help define what a “construction contractor” is to the industry.

“Fraud has a devastating impact on worker safety and tax revenue, and it takes experts working together to fully address it. I want to thank all of our partners on working together on this effort, which will reward legitimate construction firms, protect workers and protect the city’s bottom line,” Peduto said

The executive order directs the city’s Permits, Licenses and Inspections (PLI) and Finance departments to form a committee with trade groups to come up with a legal definition for “construction contractor” to promote those who abide by legitimate business practices and to crack down on those that don’t.

“Keeping employees ‘off the books’ is an illegal practice common in the construction industry. It benefits unscrupulous contractors who operate in an underground economy at the expense of the honest taxpayer,” Eastern Atlantic States Regional Council of Carpenters representative Steve Mazza wrote in the task force’s report.

These actions took place during the United Brotherhood of Carpenters and Joiners of America’s national Tax Fraud Week of Action. Council across the United States and Canada held public education campaigns to spread the word about the harm construction industry tax fraud has on everyone.