“The Sisters in the Brotherhood play a vital role in this organization,” said Williams. “Women need role models to look up to in the union and I want to be one of those for them as they grow through the union.” 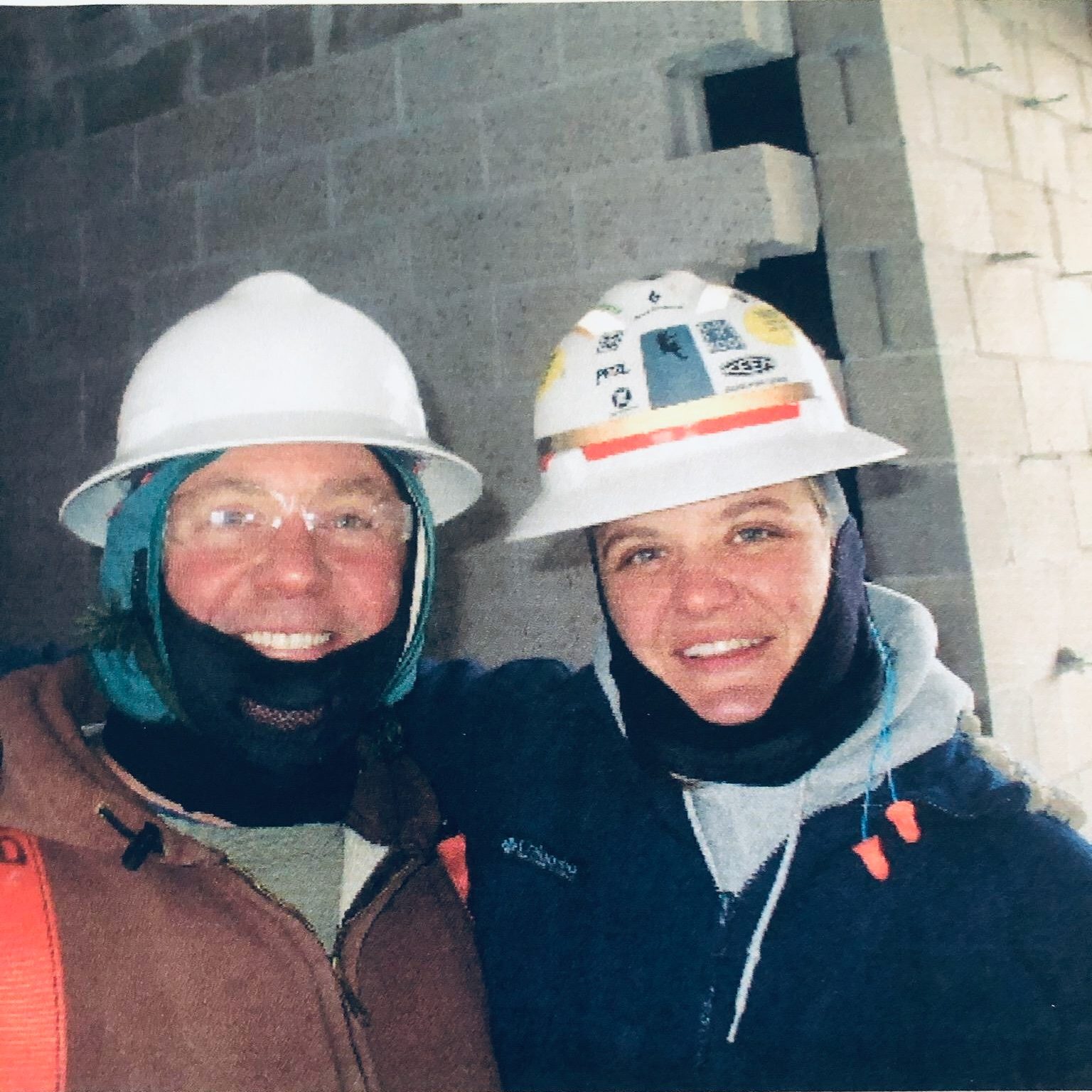 Cyndie Williams on the job in New Jersey

Williams, a member for over 20 years, has taken on many roles throughout her career with the United Brotherhood of Carpenters. After becoming a Journeyman carpenter and working on a variety of commercial projects in Monmouth County, New Jersey, Williams began teaching disadvantaged youth for the United Brotherhood of Carpenters and Joiners and worked as a Field Coordinator for several Job Corps Programs. She also found the time to continue her own education through a bachelor’s degree in Labor Studies at Rutgers University. During her time serving the union in these roles, Williams always remained interested in growing the number of Sisters working in the UBC. Layla Bibi on the job in Philadelphia, PA

Bibi is a 16-year member of the United Brotherhood of Carpenters and Joiners who is born and raised in West Philadelphia. She has always been a true advocate for women in construction since she started her apprenticeship program in 2005. Even when she was an apprentice, Bibi understood the importance of the Sisters in the Brotherhood Committee and began getting involved. She believes in the core values of educating and mentoring all members and its considerable role in strengthening the union at the Local and Council level.

“I have always been driven to make a difference. It is important to educate and engage our sisters to be more involved. It makes our organization stronger,” said Bibi.

The enthusiasm Bibi brought to the apprentice program and Sisters in the Brotherhood continued onto the job site where she worked in various fields of trades before finding a home in commercial concrete. Bibi worked on major projects in Philadelphia including the Philadelphia Pennsylvania Temple project as well as the Penn First project. Her skills and involvement translated into other roles in construction including being a member of the National Association of Women in Construction (NAIWIC), the Carpenters Contractor Trust Board, and an Executive Member of Local 158.

“Being active in my Local and within the Sisters in the Brotherhood Committee has helped me build on my leadership skills and become the Council Representative that I am today,” Bibi said, “I take all I have learned to help in many aspects of my work with the Union and am excited to focus some of that back into the SIB”.

Both Williams and Bibi understand the importance of the need to find more women who are interested in construction and provide them with the sense of community necessary to take the next step and get the training needed to start a career. Future sisters of the union are lucky to have the training background of Williams and Bibi. Along with William’s extensive career as an instructor, Bibi provides apprentices with experience as a part-time instructor for the Carpenters Training Center in Las Vegas.

“Often times women fail to consider construction as a career pathway. We look to change those stereotypes,” said Williams.

The Sisters meetings occur quarterly, leaving room for plugging time back into the Locals. “Our Sisters should be active in their locals,” explained Williams. “There are many ways to participate, including attending union meetings, volunteerism, and even holding Executive Board and Delegate positions.”

The Sisters Co-Chairs are actively planning new initiatives over the next year, including hosting speakers at meetings. On April 8th, Candidate for Governor of Virginia Jennifer Carroll Foy joined to share her wealth of knowledge with the Sisters around our council, virtually. “When I run, I’m not just running for me, it’s about us,” stated Carroll Foy. “I’ve been told many times ‘Can you win, can you win on a union message’, my response has always been, ‘It’s the only way to win.”

Williams followed, “This is the type of gubernatorial candidate the Sisters can get behind. Allowing the candidate access to our Sisters will be mutually beneficial. Our members will see the ways they can be influential in helping to elect candidates that support labor-friendly legislation, which translates to work hours and food for their families.”

The Sisters have been known to bring out high numbers of volunteers when called to action. The Council has initiatives that require such support.

“We know what our collective work can accomplish and that starts with your decision to join us,” said Williams.