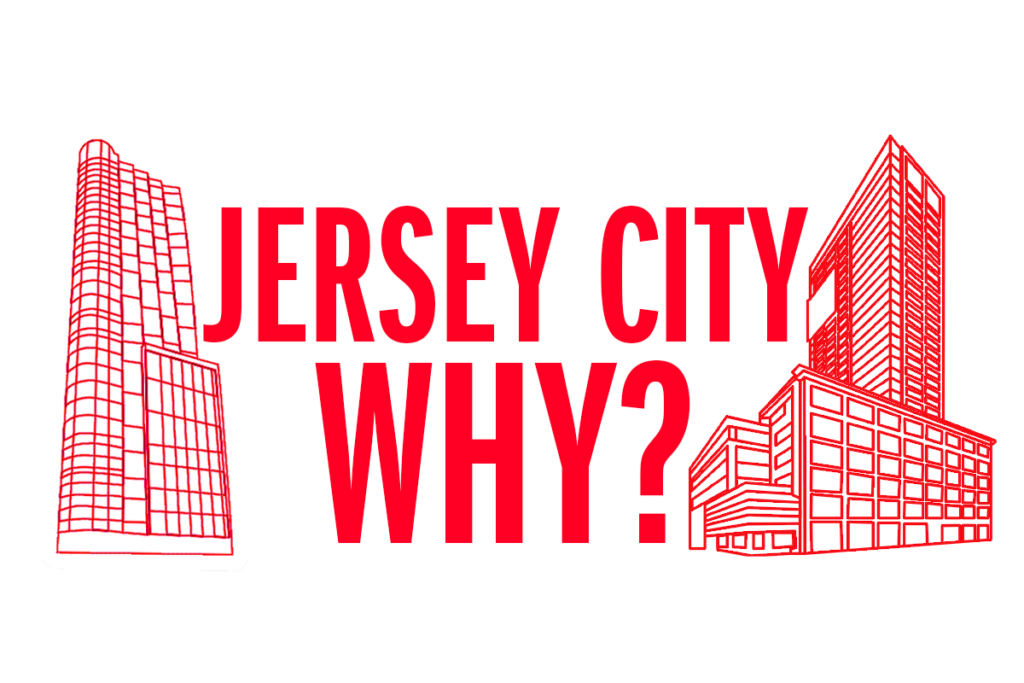 The Eastern Atlantic States Regional Council of Carpenters joined a national effort this week along with the United Brotherhood of Carpenters and Joiners of America to highlight the issues of wage theft, worker misclassification, and construction industry tax fraud. This annual event, Tax Fraud Days of Action, takes place during the same time of year when everyday Americans are preparing to pay their taxes.

The Carpenters Union chose to rally at three locations in Jersey City, New Jersey. Jersey City has not been immune to the issues of wage theft and worker misclassification. On July 28, 2021, 60 investigators from the New Jersey Department of Labor and Workforce Development (NJDOL), the New Jersey Department of the Treasury, and other agencies investigated charges of worker misclassification at the 88 Regent Street Project. 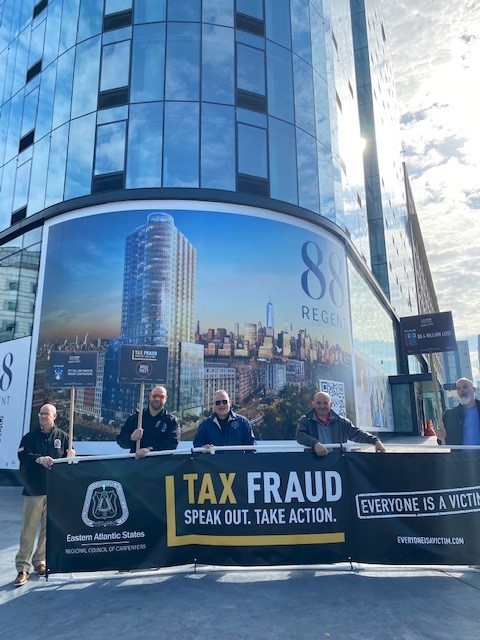 While the public awaits the final legal outcome of the 88 Regent Street raid investigation, the New Jersey Department of Labor and Workforce Development recently issued an initial finding. The NJDOL’s Division of Wage and Hour Compliance, along with the Department of the Treasury and the Department of Banking and Insurance, issued a stop-work order against three subcontractors on the job: Kadex Ceiling Team Inc., of Elizabeth, NJ; Blue Wall Drywall Corp and Drywall Builders Corp.

All three contractors have the option of an appeal. One of the firms has already agreed to debarment, essentially removing them from future public works projects.

“The cost of misclassification is painful, pervasive, and persistent,” Anthony Abrantes, Assistant Executive Secretary-Treasurer for the EAS Carpenters explained, “It takes advantage of honest workers who fall prey to a system that deprives them of their legitimate workplace rights. Imagine working overtime yet not getting paid or not having health insurance if you get hurt on the job.”

Learn more about what Jersey City is Facing 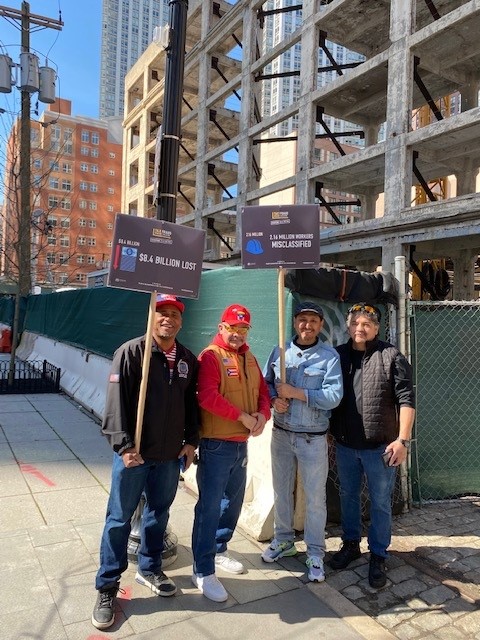 Carpenters were outside of the Provost Three Project and a new development high rise by Former New York Governor Eliot Spitzer. Both projects have seen similar wage theft and worker misclassification allegations according to the carpenters union’s interaction with workers.

“Any worker doing a job in our state deserves every penny and every benefit to which they’re entitled,” said Assistant Commissioner of Wage and Hour Compliance Joseph Petrecca. “Our strengthened laws and tools to combat the illegal practice of misclassification, along with our solid partnerships with our sister agencies, have made New Jersey even more effective at keeping employers accountable and making examples out of those who skirt the law.”

The Carpenters Union will continue to spread the word about workers’ rights issues like this and call on more enforcement efforts and stricter standards for project bidding language that includes responsible contractor language.