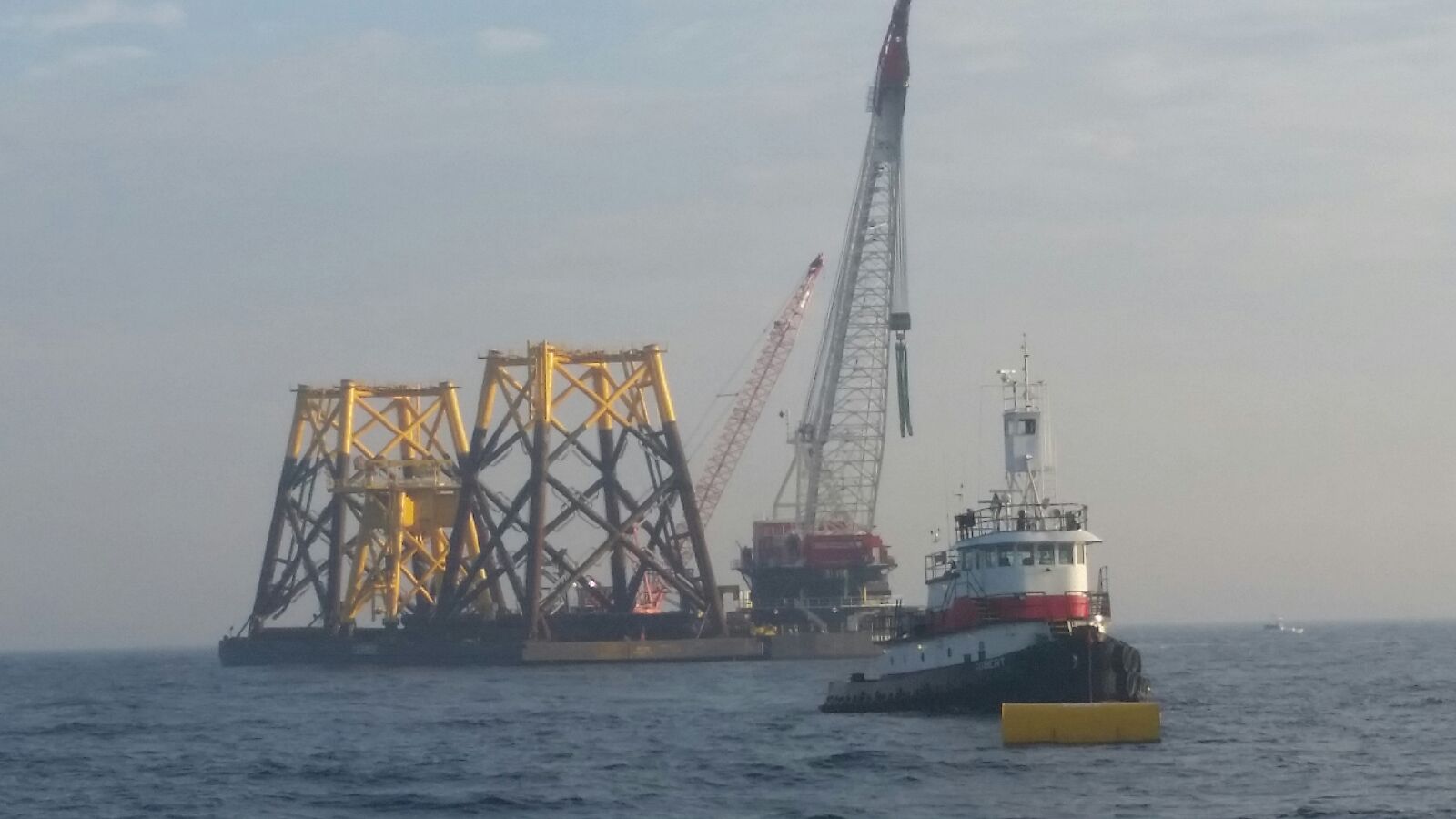 The World is Getting Greener.

We’ve heard about going Green or becoming more environmentally friendly even before the first Earth Day in 1970. While the change has been mostly gradual, our attention tends to sharpen when it impacts our lifestyle, energy use or livelihood.

And that type of gradualism is about to explode across the Eastern United States as shore states prepare for a surge in green initiatives — propelled by wind power – that directly affects the construction business and union carpenters who provide the backbone of the industry.

We can expect a broader impact of green-related construction and opportunities to arise that have rarely existed before. Most important, this explosion of wind power, for example, is neither hyperbole nor a trend. It is here to stay.

According to the internationally recognized consulting firm Deloitte, the essence of this transformation is an “accelerating energy industry convergence,” in its “2021 Renewable Energy Industry Outlook.”

One area, in particular, that will affect our region confirms Deloitte’s observation about the emergence of wind power. Among the Eastern Shore states under the umbrella of the  Eastern Atlantic States Regional Council of Carpenters, New Jersey has demonstrated the most progress in creating a strategy that will harness wind power.

“There is no other renewable energy resource that provides us either the electric-generation or economic growth potential of offshore wind,” according to  New Jersey Gov. Phil Murphy. “When we reach our goal of 7,500 megawatts, New Jersey’s offshore wind infrastructure will generate electricity to power more than 3.2 million homes and meet fifty percent of our state’s electric power needs.” New Jersey’s Energy Master Plan estimates that offshore wind will supply 23% of the state’s clean energy by 2050.

While New Jersey is a  leading proponent of wind energy, Virginia and Delaware are also in the mix.

Delaware does not have a master plan. Its last focus was several years ago. Its Offshore Wind Working Group Report, June 2018, offered two proposals. The first was recommending “no immediate procurement of offshore wind from a project approved by another state.”

The second proposal was to further study several possible recommendations before moving forward on wind power.

Virginia has been more aggressive in its planning. In 2018, it issued “The Commonwealth of Virginia’s 2018 Energy Plan.”

It made five recommendations bent on creating a forward-looking energy policy, two of which examined wind power.

One recommendation included the “expansion of corporate clean energy offerings, enhanced collaboration on the siting of large solar and wind facilities.”

The second recommendation focused on offshore wind resources as well as growing the offshore supply chain. It noted that “The Energy Plan includes both the support for the 12 MW offshore wind demonstration project and the recommendation to establish a goal that the full 2,000 MW of offshore wind potential in Virginia’s wind energy area be developed by 2028.”

It is apparent that states along the eastern seaboard will ultimately participate in some arrangement for wind power. The pace, degree of commitment, and investment will vary. However, there is little doubt that we can expect a permanent change and increased reliance on wind power for our energy needs.  From a labor perspective, it will require careful and patient monitoring. However, regardless of its acceptance or the pace of progress,  there is no wind power infrastructure growth without labor involvement, including union carpenters. 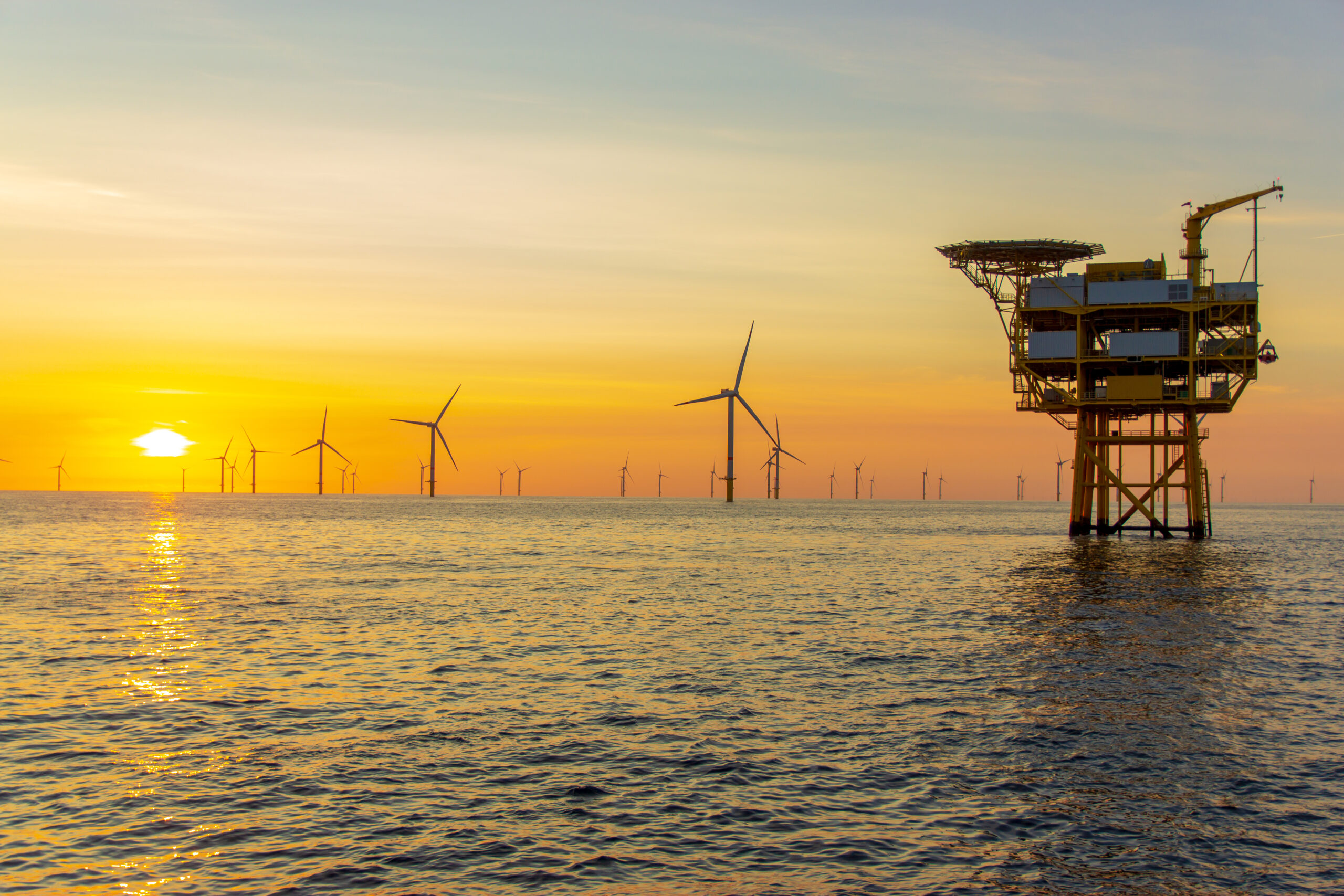 How will this emphasis on wind power affect jobs? “Our offshore wind industry will generate billions of dollars in investments in New Jersey’s future that will, in turn, create thousands of jobs,” according to Gov. Murphy.

New Jersey expects this transformation will create between 6,000 and 8,000 jobs per year from 2028 to 2034. Cumulatively, the state expects the creation of 68,340 job years from 2020 to 2035. While the state did not analyze job creation after 2035, it noted that “jobs in the industry would be expected to continue as operations jobs are required for the life of the project.” The type of jobs that will open up includes those in production (manufacturing), management, installation, maintenance and repair.

“This represents terrific opportunities for union carpenters,” according to one labor industry observer. “It is inspiring that we, as a labor movement, have the ability to work with developers to create this next era of an American workforce. It’s a whole new frontier for American industry, and  the carpenters union has the ability to be at the forefront of this widespread transformation.”

This gradual shift will not happen overnight. Currently, the Europeans lead the way on wind power, and American attempts to enter the wind industry have found it necessary to turn to European expertise. Of three significant wind development projects in the United States,  European companies or their subsidiaries own all three of them. (There are two small wind farm operations close to Block Island in Rhode Island and off the coast of Virginia.)

Europeans are in the lead, but American workers will gain the skills and expertise to close the gap within five years.

The widespread acceptance of wind power as a future energy source raises the obvious question: Who will do the work, and how will union labor, including carpenters, fill the void of this expected burgeoning industry?

One immediate solution might be recruiting from the Navy and the Coast Guard, a talent trove of possible candidates, especially when dealing with ships out at sea. They already have helicopter and underwater safety training, rigging and other skills.

The East Coast Pile Driving Training Initiative in Hammonton is a good example of this new direction. The Hammonton center will be the focal point in this specialty for the entire east coast as they train the talent for the new emphasis on wind power.

We can expect to create added training modules that will dovetail perfectly with this new demand. The  Global Wind Organization has a current if expensive certification.  However, we can expect unions to have input on future training and certification as we gain a deeper foothold in the industry.

The bottom line regarding training is its practical application. When contractors bid for work, they are more likely to earn the business when they have a thoroughly trained, safety-conscious, and certified workforce, which union carpenters will provide.

What does all this activity and emphasis on wind power mean for the carpenters union?  The New Jersey Master Plan addressed it directly, noting  that “Labor unions provide and support workers that are essential to the development, construction, and operation of offshore wind projects.”

“Much like the expansion of power plants which created a new, huge market, the wind power growth will mimic that same experience,” a labor expert noted. “There will be a unique opportunity, a novel way of doing business with the latest technologies. Unions don’t intend to be left behind, especially when it comes to labor. We want to be in front of it because it’s going to have a meaningful impact on our region.”