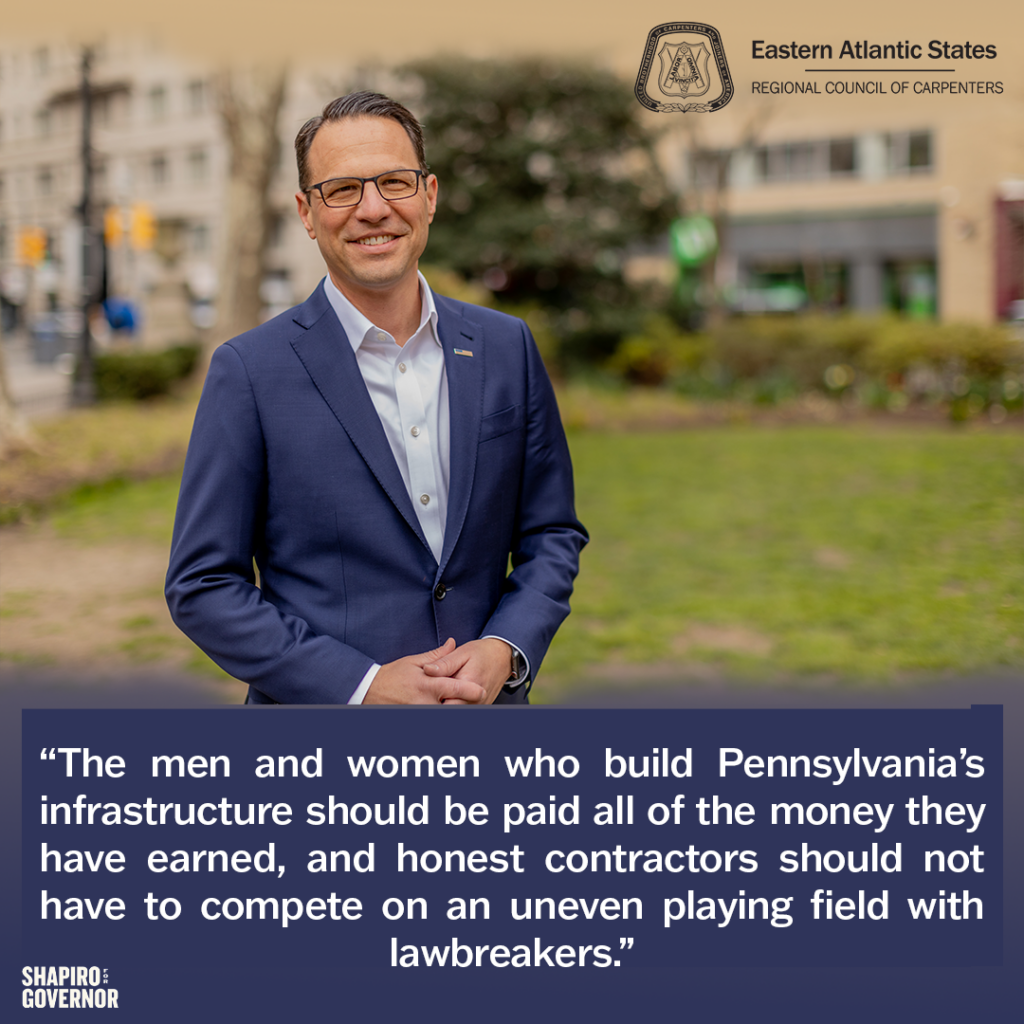 “The Department’s proposal would put in place common-sense rules that experience shows will help enforcement agencies catch serious, intentional violations of the law,” said Attorney General Shapiro. “The men and women who build Pennsylvania’s infrastructure should be paid all of the money they have earned, and honest contractors should not have to compete on an uneven playing field with lawbreakers.”

The DBRA is intended to level the playing field among bidders for public construction contracts and protect workers. The DBRA accomplishes its goal by ensuring that all contractors working on projects that receive federal funding pay the wage rates that prevail in a given geographical region as determined by USDOL. Contractors are generally permitted to satisfy a portion of the required wage by providing qualifying fringe benefits to employees.

“It’s been over 40 years since these regulations were significantly updated,” said Secretary Berrier. “These regulations will ensure that workers who perform the important and difficult work of updating Pennsylvania’s infrastructure are paid a true prevailing wage and receive the benefits they deserve.”

“Pennsylvania is as union as it gets and to have leaders like AG Josh Shapiro and Secretary of Labor and Industry Jennifer Berrier stand up to support Davis Bacon is the direction construction workers need,” stated EST of the Eastern Atlantic States Regional Council of Carpenters, William Sproule. Sproule went on to say, “The protections construction workers deserve and has been on the books under the precedent of Davis Bacon can not be ignored and I thank Shapiro and Berrier for their leadership on this issue.”

Released on March 18, 2022, the proposed rule represents USDOL’s first comprehensive regulatory update to the DBRA since 1982. Among other things, the proposed regulations would codify the annualization requirement, which prevents contractors from using public money to subsidize benefits provided during periods of private work. It would also require contractors to seek preauthorization from USDOL before they may claim credit toward fulfilling their prevailing wage obligations through contributions to unfunded benefit plans

Finally, the proposed rule would refine the method USDOL uses for determining the prevailing wage in a given area by returning to the so-called “three-step” approach used from the time of the DBRA’s passage until 1983. The three-step approach permits USDOL to adopt the wage rate paid to at least 30% of area workers as the prevailing wage where there is no majority wage rate.

In the comment letter, Attorney General Shapiro and Secretary Berrier commend USDOL’s proposed rule, which they explain will strengthen enforcement efforts across public agencies at all levels.