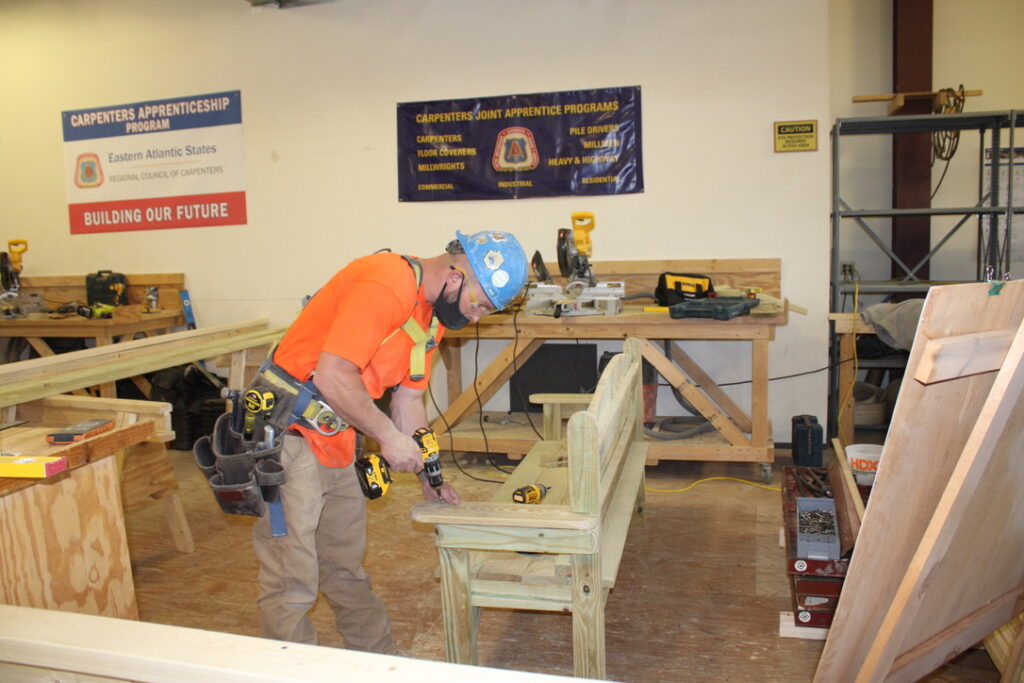 Union Carpenters Apprentices are provided with the most state-of-the-art training to prepare them for everything that comes with working on a job site. Every year the Pittsburgh Carpenters Training Center looks to provide their carpenters and the public with an Open House and Skills Expo that allows carpenter apprentices to use their skills to show future students and community leaders what apprentices can do. With the COVID-19 Pandemic still in full effect, unfortunately, the Skills Competition this year came with many dramatic changes. Typically over one thousand guests are in attendance to see some of Pittsburgh’s most highly skilled apprentices demonstrating their talents. 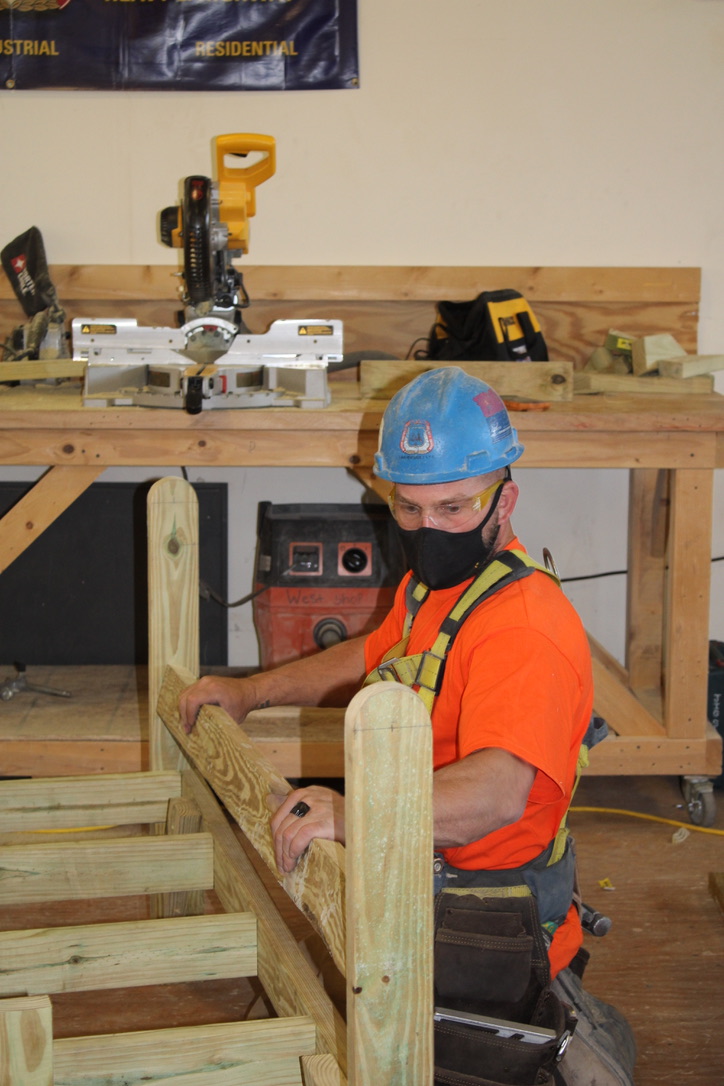 “The day was fantastic,” said Instructor Richard Paganie. “Not what we are usually accustomed to because of the pandemic, normally multiple contests and multiple trades, but with the introduction of social media this year we were able to reach more people than we ever would have.”

The trades/tasks that were featured this year, included:

“Despite the pandemic changing the direction of the competition, we felt when you do the same things over and over you have a tendency to get complacent and repetitive,” explained Paganie. “The pandemic allowed us to think of different ways to get our message out, including the live stream which was sent out to the public.” 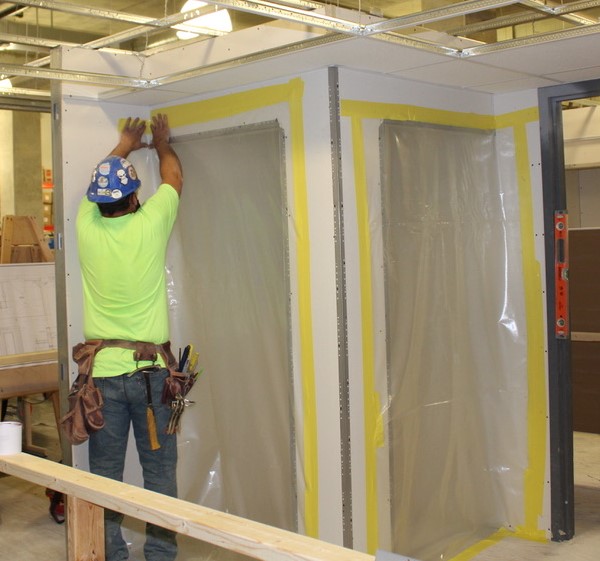 The local union is proud of the history of the Skills Expo and their members and staff understand how important it is to the region.

“This competition is a wonderful way to show off the skills and professionalism that has been trained over four years of apprenticeship training,” explained Local 432 Council Representative Jesse Demino. “As a 14 year member, every year I attend and it makes me proud to see the dedication these apprentices show for their crafts.”

“Their accomplishments through their apprenticeship were outstanding,” stated Paganie. “Some of the people competing were not carpenters four years ago, most weren’t even in the trades. That’s what’s great about the Skills Competition, they come from all different walks of life, learn a trade where they rise to the top of their class to compete in this.”

Though not as large as previous years the Skills Expo was a success. Training provided by the Eastern Atlantic States Regional Council of Carpenters is unlike anywhere else in the world and 2021 was able to showcase it once again. 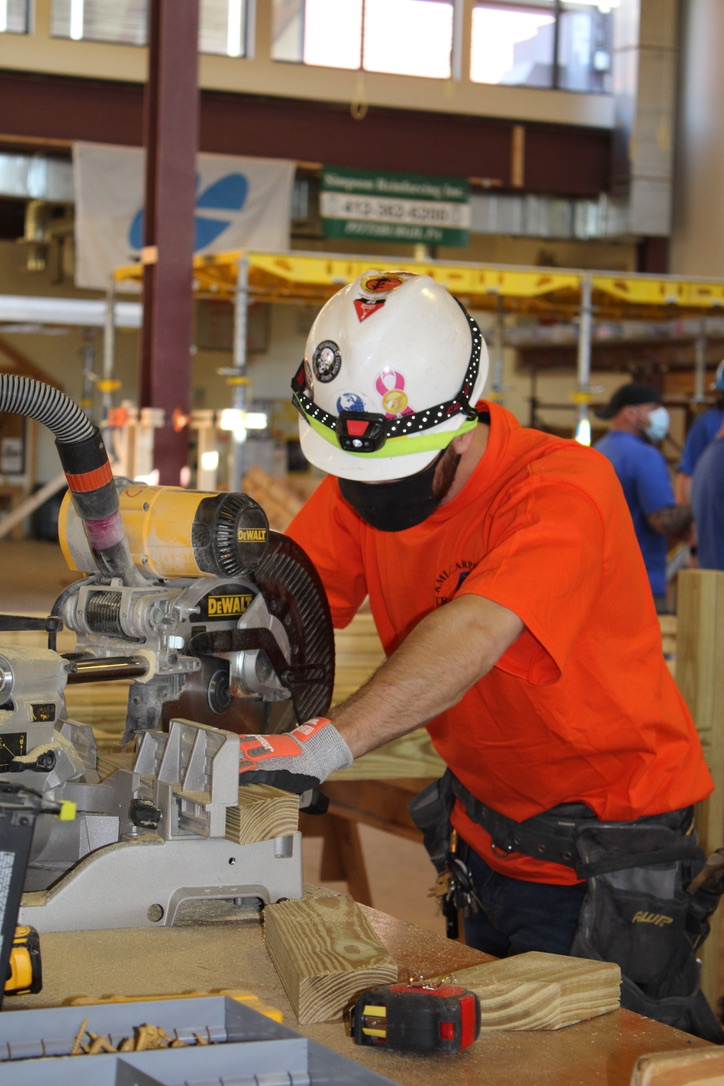